Paleo Diet: What Is It And Why Is It So Popular? 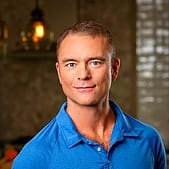 The Paleo diet is the healthiest way you can eat because it is the only nutritional approach that works with your genetics to help you stay lean, strong and energetic!

Robb Wolf ‧ The bestselling author of The Paleo Solution

The other type of diet that I am a big fan of is Paleo (aka The Paleolithic diet). If you are new to the Paleo diet or are already a fan, it is a diet that proves there is an easy way to treat the root cause of modern diseases. Our food becomes our medicine.

A paleo diet is a dietary plan based on foods similar to what might have been eaten during the Paleolithic era, which dates from approximately 2.5 million to 10,000 years ago. Other names for a paleo diet include Paleolithic diet, Stone Age diet, hunter-gatherer diet and caveman diet.

In essence, this diet involves sticking strictly to consuming only the foods our hunter-gatherer precursors ate: fruits, vegetables, meat, seafood, and nuts. So, say goodbye to grains, dairy, and sugar.

Archaeologists have recently discovered that our pre-agricultural ancestors were actually far healthier than cultures who developed agriculture.

They were stronger, hardier, and less susceptible to disease. They did not suffer from heart disease, osteoporosis, and other muscular-skeletal ailments.

Their diets were made up of foraged food. Wild animals, fish, shellfish, seaweed, berries, nuts, insects, plants, and fungi. Fat was a large part of their diet and kept their hearts healthy. 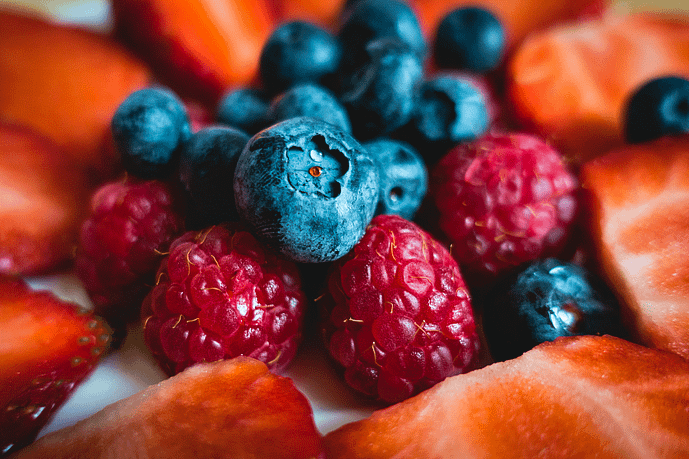 "The Paleo diet is the healthiest way you can eat because it is the only nutritional approach that works with your genetics to help you stay lean, strong and energetic!" - Robb Wolf

On the other hand, let's look at ancient Egypt. With their vast wealth, the Egyptians were well fed and lived off a mixture of fish, animals, corn, and other grains, beer, wine, sugar, honey, and dairy.

Children were weaned on corn, which leads to issues with bone development as they grew. Their diets were similar to our modern diet, and the Egyptians suffered from heart disease and many of them died young.

Are you ready to get in shape? Join us and get the list of top 10 actions that support PERMANENT weight loss and make you look and feel better without being hungry in the process!

Paleo Diet: What Is It Then?

According to Wikipedia, the Palaeolithic diet (aka Paleo diet, Caveman diet, or Stone-age diet) is a modern fad diet requiring the sole or predominant consumption of foods presumed to have been the only foods available to or consumed by humans during the Palaeolithic era.

"One of the good things about the Paleo diet is that it automatically cleans a lot of crap out of your diet." - Chris Mohr

What's In It For You?

Any health benefits? For most people, the fact the Paleo diet delivers the best results is all they need. Improved blood lipids, weight loss, and reduced pain from autoimmunity are proof enough. Many people, however, are not satisfied with blindly following any recommendations. Be they nutrition or exercise related.

With a very simple shift, we not only remove the foods that are at odds with our health (grains, legumes, and dairy) but we also increase our consumption of vitamins, minerals, and antioxidants.

Excited? If yes, then dig deeper and read more about the diet benefits at websites Robb Wolf and Mark's Daily Apple by Mark Sisson. Click here for the definitive Paleo diet food list.

"Diet is a big thing. I am a firm believer in you are what you eat. I juice a lot, I try and stick to a Paleo Diet. At its core, I look at MS as inflammation, so I try and eliminate foods that cause inflammation: dairy, gluten, grains." - Jack Osbourne.

We are not meant to eat the type of diet that has been engineered over the last 30+ years, which is why we are now seeing an increase in 'modern' ailments. By emulating the Paleo diet, we can prevent and even reverse the damage caused by our modern diet.

In case you're interested in the Paleo diet plan and keen to start, yet would prefer to think you are not to be so exacting and strict. You don't need to be win big or bust with this diet. Consider embracing some eating examples from Paleo and avoiding the ones that don't work for you.

Some photos created by freepik - www.freepik.com

HOW DOES THE PALEO DIET WORK?

The Paleo diet emulates the diet of our hunter-gatherer ancestors, based on the premise that they did not suffer from the same diseases as modern humans. This diet advocates consumption of unprocessed animals and plants, including meat, fish, eggs, vegetables, fruits, nuts, and seeds.

CAN YOU EAT BACON ON PALEO?

Yes, you can. Protein is a hallmark of the Paleo diet, but this isn't a free pass to eat processed bacon all day. It's recommended to eat the popular breakfast meat in moderation and opting for the nitrate-free variety when possible.

DO YOU LOSE WEIGHT ON PALEO?

It's well known that following a Paleo diet can help you lose weight. It's high in protein, low in carbs, may reduce appetite and eliminate highly processed foods and added sugar. However, it's important to note that the Paleo diet may not be for everyone.

WHAT IS BETTER PALEO OR KETO?

The ketogenic diet is characterised by its high fat and very low carbohydrate content. It may be effective for weight loss and blood sugar control. For most people, the Paleo diet is a better choice because it has more flexibility with food choices than keto, which makes it easier to maintain long-term.

Sign up to receive FREE PDF Report, updates, and special offers from our team

About the Author Mary James

I am passionate about fitness, a healthy lifestyle, cooking, and well-being. This blog is about some of my thoughts that are occupying my mind and spirit daily over the last 10 years and my grand passion – weight loss and fitness, healthy lifestyle and healthy food, mindfulness and self-improvement.

See How Easily You Can Get Fitter

5 Healthy Drinks That Are Not Actually Healthy

View More
5 Healthy Drinks That Are Not Actually Healthy

3 Proven Tips For A Healthy Detox

The Role Of Emotions In Weight Loss

View More
The Role Of Emotions In Weight Loss

Please log in again. The login page will open in a new tab. After logging in you can close it and return to this page.